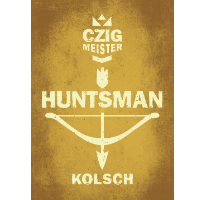 This is not the first time that both organizations have worked together. This is the fourth year that Czig Meister Brewing has been the featured brewery at The Arc of Warren County’s Annual Food Truck Fest at Donaldson Farms, which will be held on July 23, 2022. As a result, Czig Meister donates back funds to The Arc of Warren County based on the purchases made at that event.

Czig Meister Brewery is a production craft brewery with an old-world style tasting room and a beautiful outdoor biergarten. Once a 1900’s era carriage house and then a ford dealership/repair-shop, this huge space was transformed into a brewery. The brewery has a 15-barrel craft brewery system. This system is where brewmaster Matthew makes his four year-round beers and his seasonal beers. There is also a pilot system where the single keg forge batches are made.

The Arc is a national organization that serves individuals with developmental and intellectual disabilities and their family members since 1950.  The Arc of Warren County is one of 700 chapters of The Arc and serves more than 1,100 people annually for the past 68 years.  Programs include residential group homes and supervised apartments, day services, community-based supports, advocacy services, recreation and summer camp, Special Olympics training, early intervention and a wide variety of additional social services.